In the race for Massachusetts governor, state Sen. Sonia Chang-Díaz is the clear Democratic underdog.

Attorney General Maura Healey has a commanding lead in the polls, a bulging campaign war chest and the endorsement of most party activists.

But as Chang-Díaz told students recently, she has beaten long odds before. In 2008, she successfully took on a sitting state senator, Dianne Wilkerson, with a grassroots campaign.

Despite the skepticism, Chang-Díaz beat Wilkerson, an eight-term incumbent who was the target of a corruption investigation, by 213 votes in the primary. One Boston newspaper dubbed it a “primary night shocker.” She went on to win the general and become the first Latina and Asian American in the Massachusetts Senate.

Now Chang-Díaz, 44, is betting she can pull off another upset and beat Healey in the Democratic primary in September. If she wins both the primary and general election in November, Chang-Díaz would become the first Hispanic, the first Asian American, and the first woman governor elected in Massachusetts.

But Chang-Díaz says she isn’t running just to break those barriers. She’s running to tackle major challenges holding people back in Massachusetts, such as the threat of climate change and the high cost of housing, child care and health care. And Chang-Díaz seems to relish the role of a progressive challenger facing an uphill climb.

“When you spend your career pushing for change, it can make those in power uncomfortable,” Chang-Díaz told delegates at the state Democratic convention in Worcester this month.

As Chang-Díaz campaigned in Lowell recently, she paused at a Cambodian restaurant to talk about her life and journey into politics. While servers delivered plates of rice, noodles, pork and seafood to customers, Chang-Díaz described how she and her three sisters were raised by a single mother, who worked as a social worker. She said money was tight, but her mother found ways to provide.

“She had to struggle and use creativity to make do with not a lot, which was very formative,” Chang-Díaz said. “She always said — and I think she’s right — that they ought to put poor people in charge of budgets because nobody knows how to stretch a dollar like people who have had to live on a small income.”

Her mother moved the family to Newton, so her daughters could attend good public schools. But there Chang-Díaz and her sisters realized they were not as well off as many of the residents of the wealthy Boston suburb.

“It was hard being part of a community and really not having a lot of shared experiences,” Liz Kinsella, Chang-Díaz’s oldest sister, said. “We didn’t go skiing. We didn’t go to Florida for vacations. So there was this — and I’m sure Sonia used this word — ‘otherness.’ This feeling of being a part, but not really belonging.”

Chang-Díaz described her childhood as moving back and forth between different economic worlds.

She said that she and her sisters also stood out because of their multi-ethnic background. Their mother is white from Montana, while their father, Franklin Chang-Díaz, came from Costa Rica and was the grandson of Chinese refugees. But both Chang-Díaz and Kinsella credit their mother for making sacrifices to ensure they received a good education.

Chang-Díaz says her father also demonstrated the benefit of education. Franklin Chang-Díaz’s parents sent him to the United States with $50 in his pocket. After graduating from the University of Connecticut, he went on to MIT, where he earned a doctorate in applied plasma physics, and then became NASA’s first Latino immigrant astronaut, and tied the record for the most space shuttle missions.

“He did a senior year of high school here in the U.S. and almost failed because of the language barrier,” Chang-Díaz said.

She says along the way, her immigrant father faced discrimination. But accessible public education and a handful of committed educators — “teachers, lunch ladies and librarians — made a huge difference in the trajectory of his life.”

“I never forgot that,” she said, “and I wanted to pay that debt forward.”

For Chang-Díaz, paying that debt forward meant becoming a teacher in Boston and Lynn, where she taught social studies for more than a year. But she said she confronted systemic problems that were too big for one teacher to solve alone.

“Kids coming to school in the dead of winter without a winter coat,” she said. “Never enough paper in the supply closet. Too many kids on each teacher’s roster to really do right by them.”

Chang-Díaz said the challenges “ground down new, idealistic teachers” like her. She came to believe that the problems needed to be confronted at a policy level, rather than at an individual school or classroom. So she left teaching for politics.

She told part of her story to a politics class at UMass Lowell, where she showed a former teacher’s ease in the classroom.

“Alright, you guys, I’m caffeinated,” she told the students. “You guys awake?” 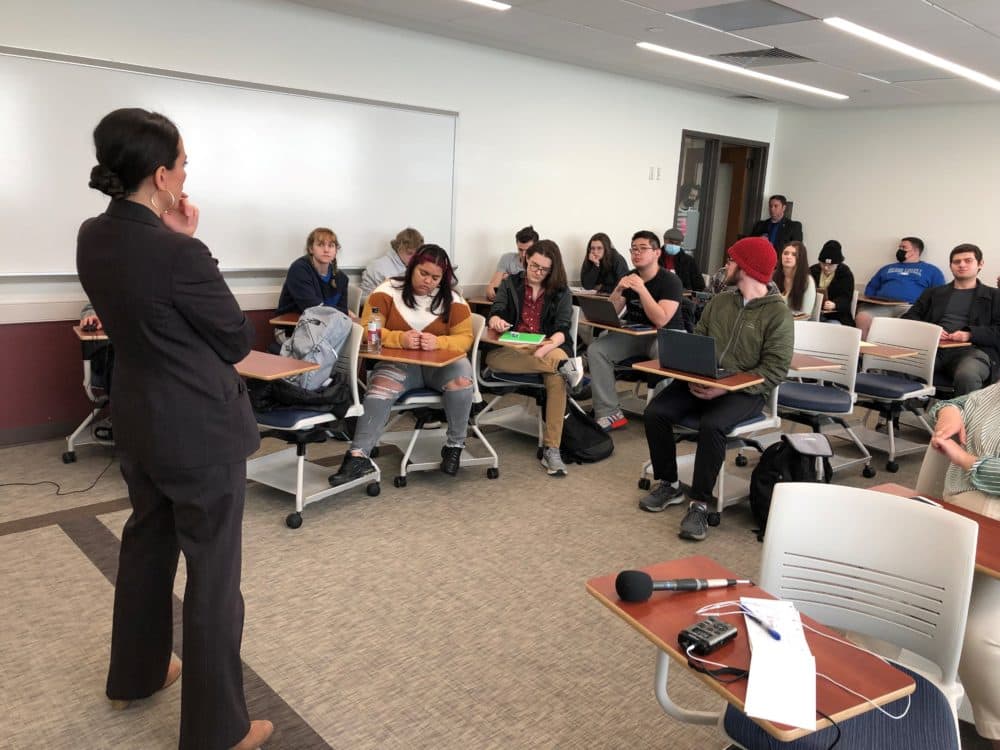 The students were quiet but attentive, as Chang-Díaz recalled her long-shot victory over Wilkerson 14 years ago. Chang-Díaz credits a pair of young campaign volunteers who knocked on hundreds of doors for her first victory, demonstrating that change is possible.

“So, that’s why I’m in it and I hope you decide to be, too,” she told the students, urging them to get out on the campaign trail.

As a young lawamker, Chang-Díaz remained focused on education. Her biggest legislative accomplishment came in 2019, when she successfully sponsored a measure to boost education funding by $1.5 billion. Gov. Charlie Baker signed the bill into law.

State Sen. John Kennedy, of Lowell, called the budget increase “a game-changer” for working class communities like his, and says it’s among the reasons he supports Chang-Díaz for governor.

“She’s exactly what people need in the commonwealth,” Kennedy said.

Kennedy maintains that Chang-Díaz’s commitment to helping working families would make her a stronger governor than Healey. “She’s tenacious on issues she believes in,” he said.

Some other progressives agree, including Jonathan Cohn, policy director for Progressive Massachusetts, which endorsed Chang-Díaz.

“She’s been a leader on a number of the marquee progressive victories in recent sessions — where she’s been somebody who really did go to bat for those issues,” he said.

“When I am elected governor, we won’t just talk about these ideas in our platform, we will make them the policies of our commonwealth,” Chang-Díaz told delegates at the Democratic convention.

But to become governor, Chang-Díaz first has to win the September primary against Healey, who has already won two statewide elections and built a wide network of supporters, including Moises Rodrigues, a city councilor in Brockton. Rodrigues says Healey has done “a ton of work” for his community.

“That’s why we’re behind her,” he said. “Sonia is a great human being, but I believe right now, Maura is probably the best person for to have as governor of this commonwealth.” 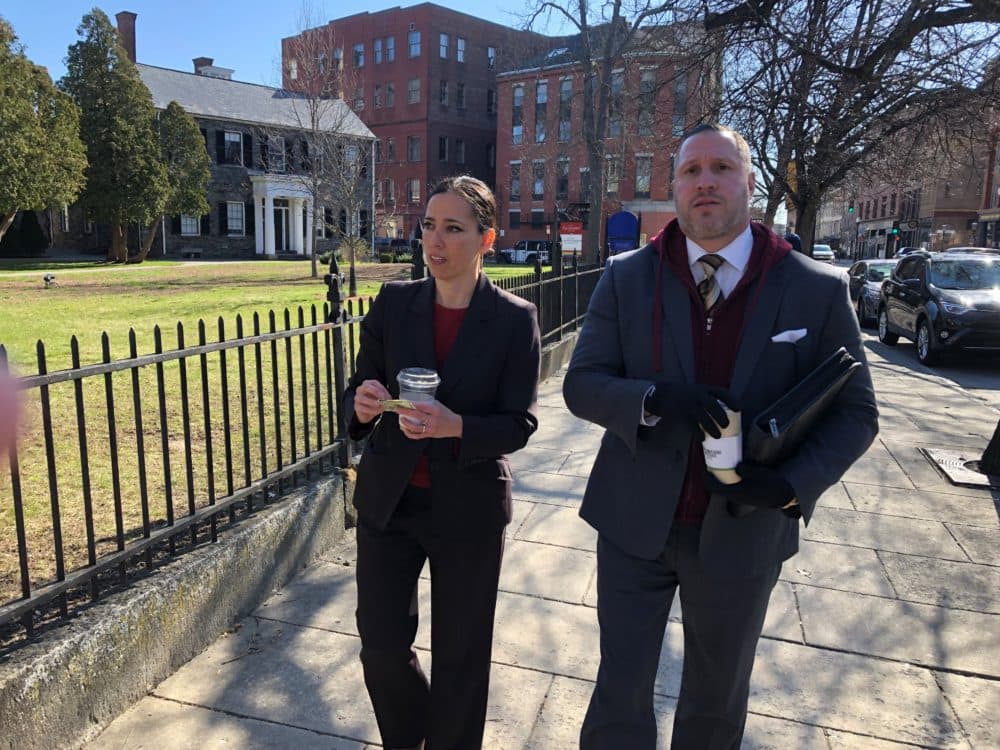 Chang-Díaz knows she faces long odds in her quest for the governor’s office. But she said Massachusetts voters have rewarded come-from-behind grassroots campaigns in the past — including her own 2008 Senate victory over Wilkerson. And if Chang-Díaz can pull off another win this year, she is convinced she can make a big difference as governor.

“I’m not running for office to nibble around the edges,” she said. “We need to follow our conviction when we talk about making this a state where working families can really thrive.”

Chang-Díaz said that working families in Massachusetts have had to settle for crumbs for too long.

“Now, it’s time to ensure they get the whole meal,” she said. 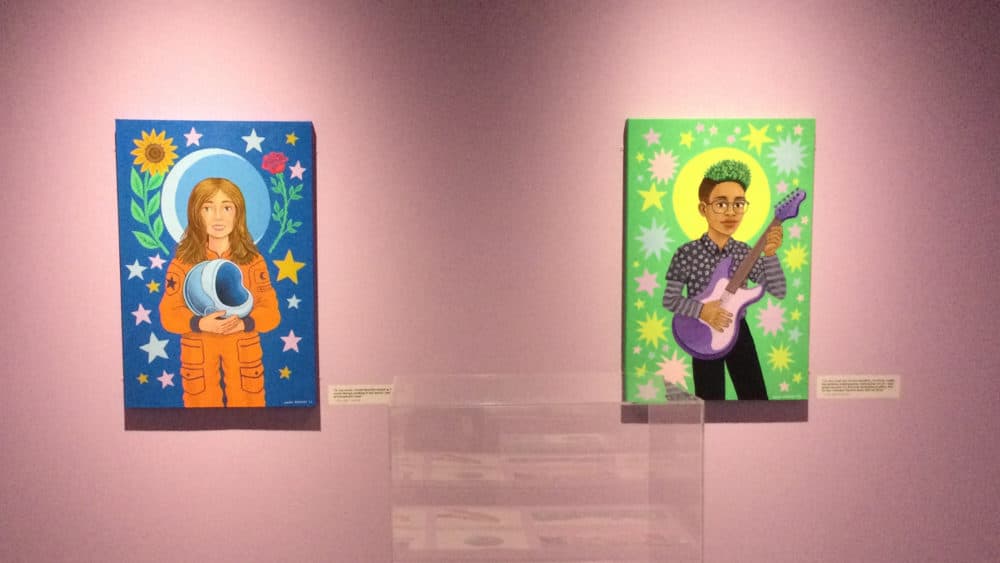